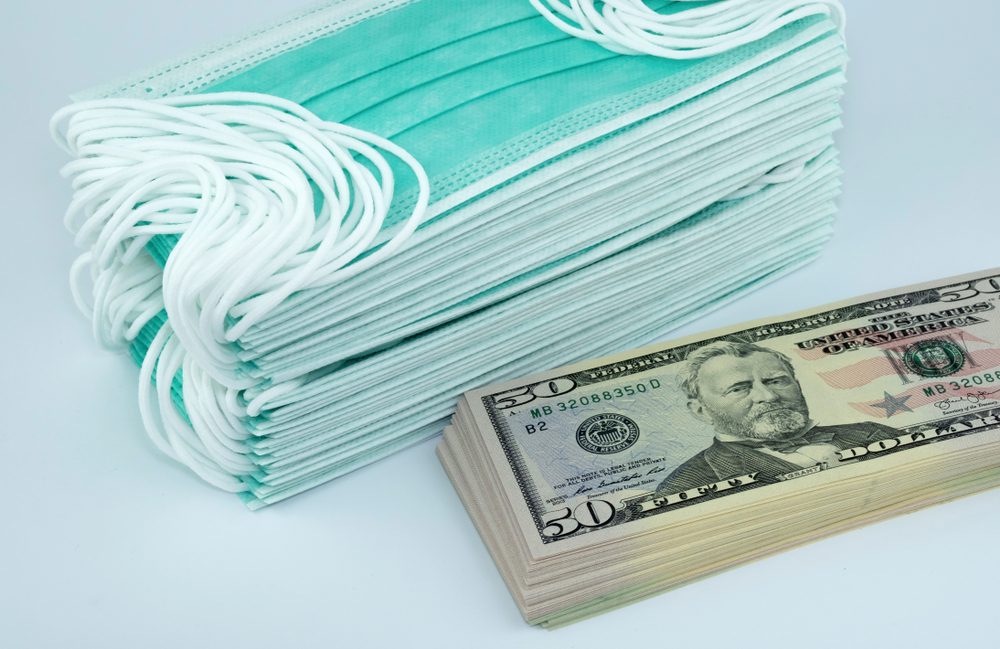 President Trump and Your Personal Finances

It has been more than three years since Donald Trump became president and yet, almost 75% of Americans report that their personal finances have not improved since the president took office.

Even though this assessment is coming after three years of rapid economic growth under President Trump, it cannot be entirely due to the coronavirus outbreak.

A survey was held with over participants, of whom many said that the recent economic crisis due to the global pandemic situation did not affect them much. Moreover, regarding their views of Trump’s three years in office, less than 20% of Americans report that their personal finances have improved since Trump became president.

Most importantly, almost 30% of Americans say that their situation has actually gotten worse since Trump took office. Considering their political affiliations, Republicans had a better response as compared to the Democrats.

Almost 25% of the Republicans reported that their personal finances improved, whereas only around 15% of both Democrats and Independent reported the same.

The economic boom in America was one of the distinguishing features of Trump’s tenure as President. Till February, Trump boasted of the lowest unemployment rates and record-high stock prices in the country as proof of his excellent charge and administration of the economy.

Then came March, bringing along with it the COVID-19 crisis which sent the U.S. economy careening into recession and resulting in high unemployment rates.

Many of the Americans who didn’t fare so well actually voted for Trump with the hope that he would make things better for them.

However, despite everything, income inequality has not gotten any better. Almost 25% of the people with the highest income, i.e., those with a salary of greater than $80,000 a year, report that their personal finances have improved since Trump took office.

However, of the people earning less than $30,000 a year, barely 15% could say the same about their personal finances.

Other than income, there’s also gender, race, political affiliation, and age that play a role in the differing views over Trump’s economic policies. Considering the divide gender-wise, a little over twenty percent of men responded that their personal finances have improved in the last three years under Trump’s presidency, whereas only 13% of women felt the same.

In fact, almost eighty percent of women reported that their personal financial situation did not improve under Trump’s tutelage. In comparison, just under 70% of men reported the same.

Among the political affiliations, almost a fourth of the Republicans said that their personal finances improved, while less than 15% of Democrats had to say the same. Similarly, different age groups also reported different opinions about Trump’s economic policies.

More than eighty percent of the baby boomers, people aged 56 to 74, as well as the silent generation, people aged 75 and over, said that their financial situation did not get any better. In comparison, barely sixty percent of Generation Z, people aged between 18 and 23, had to say the same.

Race wise, almost twenty percent of whites report that their personal finances got better under Trump’s presidency over the last three years. However, barely 13% of blacks and less than ten percent of Hispanics shared the same opinion.

On Trump’s Stewardship of the Economy

When asked how well Trump has managed the economy since he moved into the White House in January 2017, more than forty percent of Americans rated him poor or worse, around 35% said that he was good or very good, and less than 15% of Americans considered Trump’s management average. Around 9% said they didn’t know.

Most Americans reported that are unfazed through the coronavirus and the resulting economic recession. More than half of the Americans say that their financial situation has remained the same during the whole pandemic situation, while less than 15% of Americans actually report that their finances got better.

Close to 30% of Americans said that their personal finances got worse since the coronavirus hit in March. Moreover, of these people, the view was consistent regardless of their gender or political affiliation.

One reason behind such results could be that the people have had massive support from the federal government in the form of business loans, low mortgage rates, stimulus checks, and unemployment benefits.

Moving forward, when asked which of the upcoming presidential candidates would prove more beneficial for their financial state, it was a near-dead even between President Trump and Former Vice President Biden.

Dissecting these groups demographically revealed that Trump supporters majorly happened to be white, men, baby boomers who never attended college. In comparison, Biden’s supporters happened to be black, women who were college graduates.

When asked about the expectations of their personal finances through election day, a majority of Americans believe their financial situation will not improve until after the election.

The best way to manage your finances during uncertain times, such as the one the U.S. economy is going through, is to have a solid plan of action, stash away some money in an emergency fund, and think about getting out of credit card debt.