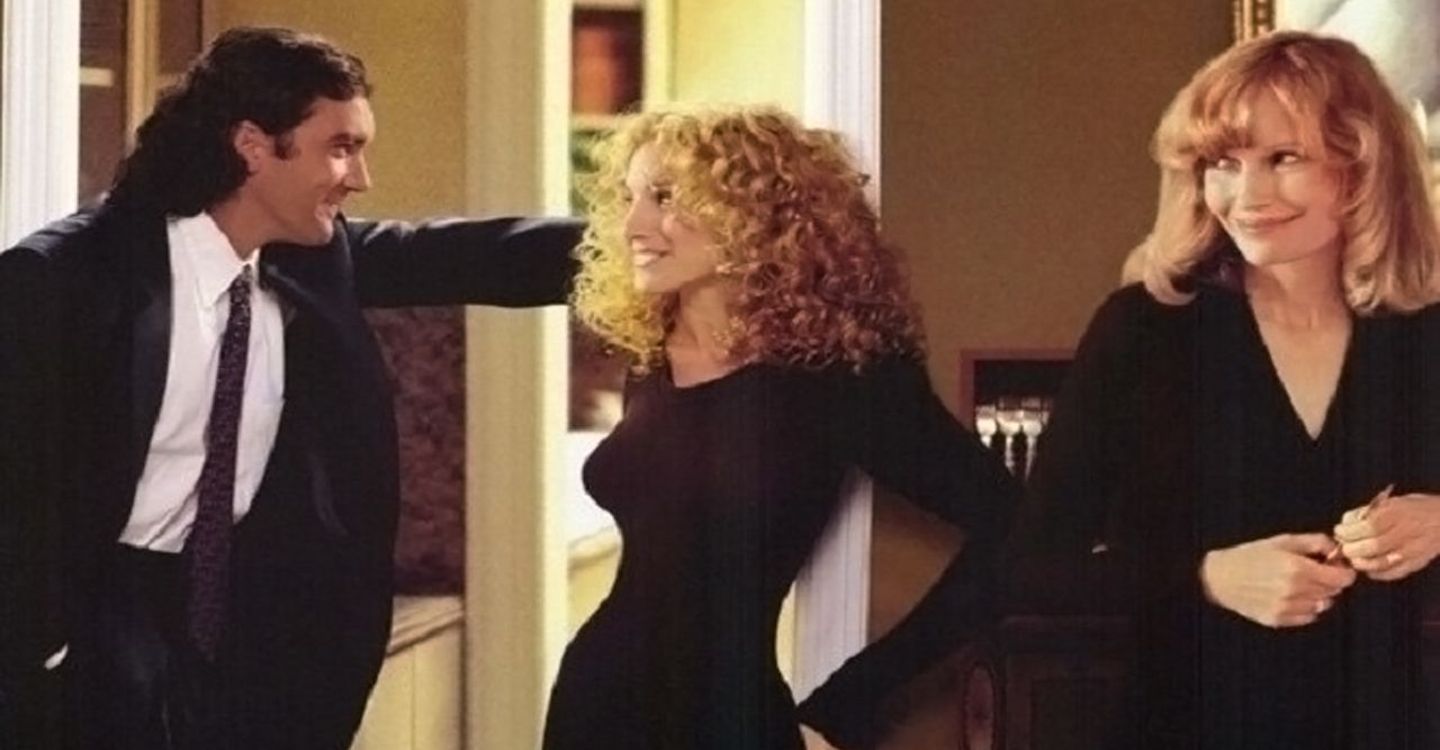 If you’re a fan of 90s romantic comedies and the works of David Frankel, Miami Rhapsody is a must-see flick. While there are plenty of movies in the genre that have grossed more, it’s a film that’s entertaining and captures the mood of time to perfection. Having turned 25 years old back in January, our review of the classic rom-com is well overdue.

Most fans would agree that Miami Rhapsody was the moment where things started to click for David Frankel. The 1995 release was the start of the New York filmmaker’s new creative path. Hot on the heels of this release, Frankel’s 1996 short film Dear Diary would claim the Academy Award for Best Live Action Short Film. Meanwhile, his talents in the romantic comedy genre and wider comedy-drama arena would be highlighted with the hugely successful projects of Entourage, Devil Wears Prada, Marley & Me, and Hope Springs. Miami Rhapsody was the springboard for a hugely successful career for the small and silver screens.

Despite failing to pick up major awards industry awards, the film did receive a nominee for the Best Casting for Feature Film by Artios. The film was released in the U.S. in January 1995 to an opening weekend return of $71,421 before going on to gross $5,221,28. The film was distributed worldwide over the future months, with the UK release coming in late June 1995. Without blowing the critics away, the film was met with a positive reaction and has since gained a cult following from fans of Frankel as well as fans of Sarah Jessica Parker, who takes the leading role of Gywn Marcus.

The movie was later released on VHS before making an appearance on DVD and Blu-Ray in the 2000s and has been included in many 90s rom-com multi-film packages over the years. The film boasts an average rating of 6.2/10 on Rotten Tomatoes based on 40 reviews, as well as an Internet Movie DataBase score of 3 stars, highlighting the fact that retrospective reviews and love for the movie probably outweigh the underwhelming thoughts of two-and-a-half decades ago.

When looking for a romantic comedy that captures the 90s filmmaking vibe, Miami Rhapsody is one of the best. With a cast that also includes Antonio Banderas and former Victoria Secret model Naomi Campbell, there’s plenty to love even without the gripping story and moments of humor.

Turning the frankly unfunny topic into a laughter-filled adventure

Infidelity and self-doubt probably don’t sound like the greatest starting point for a comedy, but it’s not that uncommon for 90s rom-com to draw humor from mucky love situations. The film is set in 1990s America, with the cinematography encapsulating this period of time to perfection. Other notable cast members include Gil Bellows, Mia Farrow, Paul Mazursky, Kevin Pollak, and Barbara Garrick. In addition to being beautifully shot, the movie is applauded for Mark Isham’s (Love Is) The Tender Trap soundtrack.

A spoiler-free insight into the movie

Sarah Jessica Parker’s protagonist is about to get married and craves a marriage like her parents have. However, she faces internal fears about following in the footsteps of her cheating siblings. The pressure from her mom, who also fears Gywn will become unfaithful, is further deepened by the battle to juggle career, marriage, and family. None of this stops her one-liners, though, which virtually punctuate the film from start to finish.

What Do We Think?

It’d be a stretch of the imagination to suggest that Miami Rhapsody will turn your life upside down. However, any fan of the 90s rom-com genre will enjoy a pleasant watch. It has an engaging storyline, plenty of humor, beautiful cinematography, and a cast that includes some very notable faces. The storyline is gripping, without being too complex, while the 112-minute runtime passes without ever falling into the realm of boredom.

While it does follow a genre’s conventions, which have been seen before and since Miami Rhapsody still brings some unique flavors to the table thanks to the quality of the acting and direction throughout. Most would agree it stands out as a better flick than many others within the genre.

O, there you go; our review into the 90s rom-com that is Miami Rhapsody. It might not have grabbed the level of acclaim it probably deserved, but that won’t stop you from enjoying every minute. If you have two hours to sit back and relax for some light entertainment, you won’t go wrong with this title.